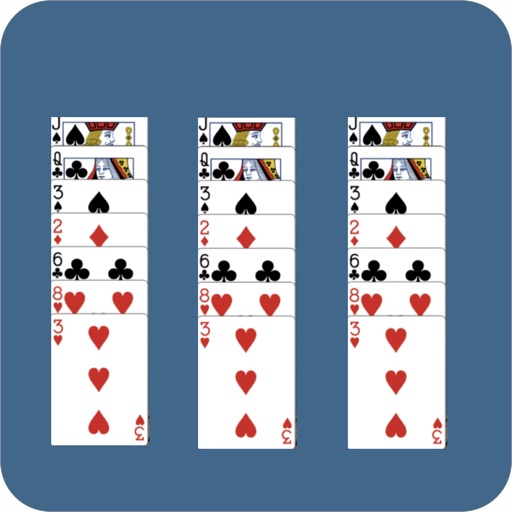 Baker’s Game begins by dealing out all 52 cards into 8 tableau piles. The first 4 piles will have 7 cards, the last 4 only 6 cards. All the cards are face up, which makes Baker’s Game an open game.

The object of Baker’s Game is to build 4 foundation piles up in suit from Aces to Kings. In addition to the foundations and tableau, there are 4 cells. Each cell is a storage place for one card. Any available card can be moved to an empty cell, and cards in the cells can be moved either back to the tableau or to the foundations.

The tableau piles are built down by suit. Moving groups of cards is not strictly allowed in Baker’s Game. However, most computer implementations of the game allow for moving groups of cards as a shortcut. If you have all 4 cells empty, for example, it would be possible to move a group of 5 cards in sequence down by alternate color by moving the top 4 cards to the cells, then moving the 5th card, then moving the 4 cards back from the cells to reform the group. Since this is a rather laborious process, most Baker’s Game games allow you to simply move all 5 cards together at once.

Baker’s Game is much harder to win than FreeCell. Average players win it about 35% of the time